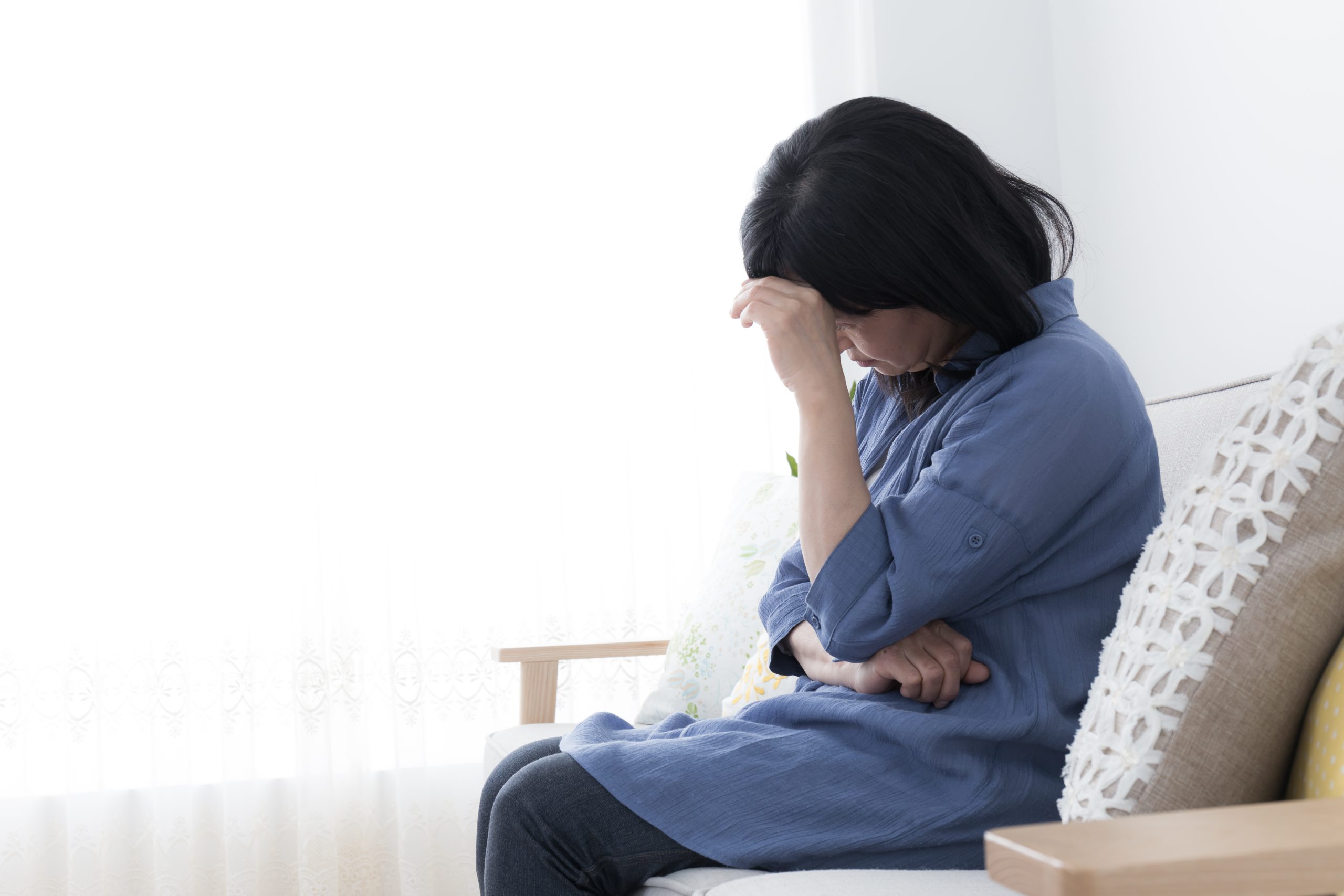 I was born and raised in Taipei, Taiwan, but I moved to the United States about 30 years ago. After I moved, I often experienced culture shock: my husband, kids, and many of my friends, coworkers, and new family members believed in American cultural values that did not match my own. I often struggled with how to balance my own beliefs in a culture that was totally new to me, and sometimes felt misunderstood when others did not understand the impact and importance of my own Asian culture. However, I also found that living with both Asian and American cultural ideals put me in a unique position to really evaluate some of the things I had been taught as a child. I asked myself: which of my beliefs (both Asian and American) are best for me? How do they impact my life and my relationships with others?

Later, while pursuing life coach certification at the Life Coach School, I realized that there was a strong need for life coaches to understand and consider Asian belief systems so they may better help their clients. I also realized that like me, there were hundreds of Asian Americans seeking guidance on how to balance their existing beliefs with often contradictory American ideals. Furthermore, because many Americans are not familiar with Asian culture, I found that there was a potential to misinterpret the thoughts and actions of their Asian American friends, coworkers, and significant others. To help address all of these issues, I invite both Asian and non-Asian individuals to familiarize themselves with common Asian beliefs and how they may impact the lives of Asians, Asian Americans, and the people around them.

Before I continue, I would like to clarify that this post only covers general belief systems; these ideals may not apply to all Asians because Asian beliefs can differ widely based on nationality, ethnicity, and religion. Each individual Asian person may also identify with different cultures, and carry a range of individual beliefs. In short, being Asian is not “one size fits all”, and it is never a good idea to assume what someone does or does not believe.

First, who are Asians? They include Chinese, Indian, Korean, Japanese, Indonesian, Vietnamese, and over 40 other ethnic groups. Most Asians live in East, South, and Southeast Asia, but concentrations of Asian populations can also be found across the world. For example, The United States has recently seen a rise in Asian immigration rates, with major population hotspots in Hawaii, California, New York, Texas, and Washington. Although Asian culture is highly varied, and encompasses many belief systems and cultural values, there are many overarching cultural themes. For the purposes of this post, I will be focusing on East Asian culture, which I am most familiar with. There are three main philosophies in East Asian culture: Buddhism, Confucianism, and Taoism. Within these philosophies, families are highly structured, hierarchical, and paternal. Within the family systems, children are taught that they must avoid bringing shame to their family and that the welfare and integrity of the family are very important. These Asian philosophies also teach principles of peace, balance, and harmony, causing some Asians to avoid confrontation or appear passive, indifferent, or indecisive.

Based on the teachings of these philosophies, there are 5 common East Asian beliefs that may be impacting how Asians process their thoughts and live their lives: filial piety, perfectionism, humbleness, saving face, and the scarcity mindset. Although this blog post specifically explores how common Asian cultural beliefs may have negative impacts on an individual, I would like to stress that these beliefs are not bad in of themselves! Some of these beliefs teach responsibility, dedication, selflessness, kindness, and resilience. However, like all things, they must be taken in moderation and balanced with the needs of the individual.

The most common belief shared in East Asian culture is filial piety, which requires individuals to put their family’s needs above their own, especially when it comes to the wants and needs of their parents. One striking example of how important family is in Asian culture can be found in our names: East Asians put their last names before their first names. Although you know me through my American name, Rae Tsai, my official Chinese name is Tsai, Rui-Hung, where my last name precedes my first.

Under the concept of filial piety, individuals are expected to make responsible and often selfless decisions that put family needs over individual needs. Children are also put under tremendous pressure to meet familial expectations and care for their parents as they age. They might feel pressured to follow their parents’ wishes in their marriages, child-rearing, and career choices. Filial piety also teaches that it is deeply disrespectful to disagree with or disobey your parents, even when they are wrong. Because of this, many Asians who do not meet their parents’ expectations may experience crippling feelings of shame, and feel motivated to suppress their own needs in order to please their parents and family members. On the other hand, many Asians who choose to deviate from their parents’ expectations may feel guilty for not being a “perfect child”, even if they are ultimately happier making their own choices.

A second major value in East Asian culture is Perfectionism. Generally, Asians believe they should always be high achievers, because self-cultivation is respected by society. Parents and societal standards may stress that there is always room for self-improvement, meaning that even if you do a good job, you should always strive to do better. There is a common joke that in school, a B- grade is an “Asian F”. This stereotype arose because many Asian parents maintain perfectionist standards with no room for mistakes, which ultimately conditions children to believe excellent work is normal, and normal work is failure. This can create unrealistic and harmful standards that can make Asians especially prone to overworking, stress, imposter syndrome, and low self-esteem. Some of my clients have even told me that although they know they are a model employee, they didn’t feel worthy of a raise or a promotion, because they internally focus on what they are not doing perfectly, rather than what they do well.

Perfectionism may also play a role in personal relationships. Because many Asians are taught to have high standards towards themselves, they tend to have strict expectations for their spouses and children too. Unfortunately, this only continues the cycle of teaching perfectionism, which can harm the mental health of individuals and the strength of personal relationships.

The third value is being humble. In other words, instead of standing out, it’s better to blend in. Because of this belief, many Asians are encouraged to listen more and talk less.  Drawing attention to oneself, even for our achievements, can quickly be considered arrogant and impolite. Since many Asians don’t like to be the center of attention, they are not comfortable accepting praise or taking credit for the work they do. In this way, the concept of being humble often compounds with perfectionism. Not only are Asians more likely to believe their achievements are not good enough, they often further downplay their successes in order to appear humble.

Unlike in American culture which tends to value extroverts, East Asian culture often teaches that humbleness is equated with listening rather than speaking. One common Chinese saying goes, “When you listen, you can learn from others. When you talk, you learn nothing”. This often predisposes Asians to reserve their feelings and not express them in public. There is a common stereotype that Asians are often the quietest people in the room, which can seem odd and impolite to American friends and colleagues. I myself have noticed this; I’ve been teaching in American schools for almost thirty years and have seen that most of my Asian students are quiet and reserved. They often lack confidence and tend to hide their authentic self. However, this does not mean Asians should be overlooked or designated as unfriendly. They are smart, kind, and vibrant individuals who were often simply taught to not to draw attention.

The fourth value is “saving face”, which is commonly defined as the avoidance of embarrassment. Remember: many Asians are brought up to be perfectionists under significant pressure to meet family and societal expectations, which can make even the smallest missteps feel humiliating. When grown children are not taking care of their elder parents or they fail school or a job, that would also be considered as “losing face”. Another example of losing face would be when a family member has a mental illness, it’s considered “bad” because it brings shame to the family. In order to save face, it becomes extremely important to be able to keep your problems private, and carry your burdens alone. As a result, a lot of Asians believe that seeking help from others is a weakness. For example, family matters are not for the public, meaning it’s good to help others but not receive help. Most Asians try to be undemanding, diligent, and never ask for handouts from the government.

The fifth cultural value is the scarcity mindset, which can cause people to believe that they will never have enough of something. Many Asians are taught to use natural and human resources mindfully and frugally. They believe earning money is difficult, so extravagant and frivolous spending is often discouraged. Unfortunately, this often means that enjoying oneself or indulging in certain pleasures like a vacation or expensive meal may cause feelings of guilt and stress over “irresponsible” choices. I also like to call the scarcity mindset “immigrant mentality” or “survival mentality”, because scarcity mindset might not only be taught as a cultural value, but also as a necessity for low income families. Even if an individual becomes financially comfortable, they may have never left the mindset of being worried about affording their basic needs.